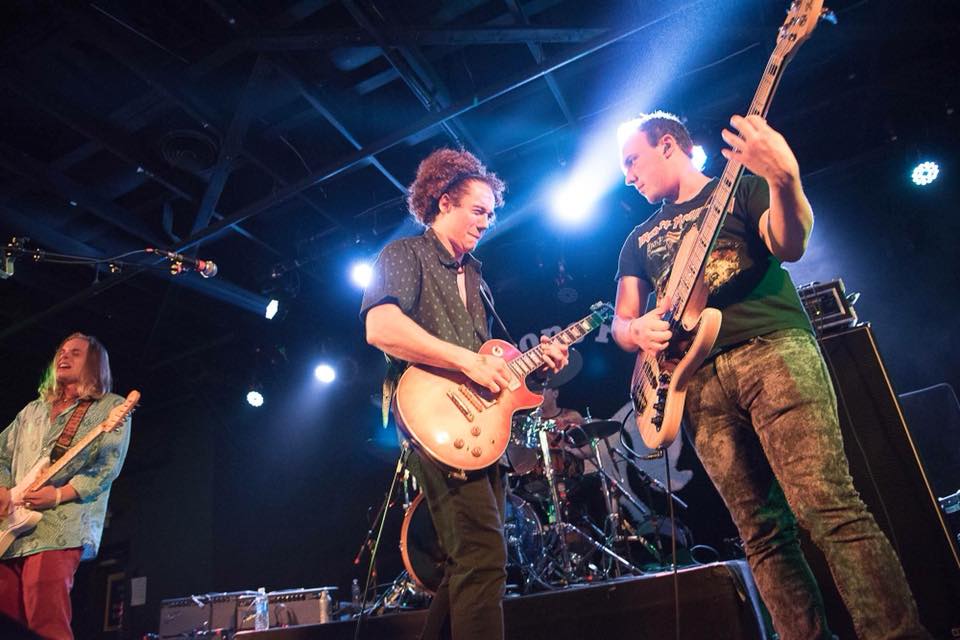 Jimmy Law and Steen Schmidt came into contact with each other through Law’s former management, Noble Media, in 2014. Together, with Matt Sonzogni on bass and Austin Blau on drums, they formed Mad Kings. They came together with a hard rock sound influenced by classic, alternative, and jam rock. They used this approach when creating their unique renditions of cover songs as well. In 2015, they released the EP “Throne Room.”

In 2016, Blau left the band and Andrès Valbuena took over the drum chair. Playing in venues like the Stone Pony in Asbury Park, NJ, they have opened for Gov’t Mule in 2016, and became the house band for the venue in January 2018. They also maintain a strong presence in NYC, playing in venues like Rockwood Music Hall, The Bitter End, Gold Sounds, and many others. They are in the process of putting together an EP titled “Creep,” which will be available later this Spring. They will be closing for Primus and Mastodon on June 1st, 2018 at the Stone Pony.